McCormick Street in downtown Tucson, Arizona runs two city blocks where you will find the Museum of Contemporary Art and the Tucson Police Department. On one end is the Tucson Arena and on the other is the Children’s Museum and Military Plaza Park. There’s nothing extraordinary about this short street. But in the name, there’s a story.

The street is named after Richard C. McCormick who was a journalist, publisher, and politician. In 1863 President Lincoln nominated him to be the Secretary of Arizona Territory. He later became governor and held some national political offices. Those were rough days in an embattled territory. The Mexican-American War ended in 1846 followed almost immediately by the Apache Wars. By the time McCormick was named Secretary of Arizona Territory the Apache Wars had already dragged on for 14 years. The fight was between the expanding new American settlers who wanted the land for ranching, mining, and logging and the native tribes who were trying to maintain the freedom to live in their ancestral land as they had done for generations. It’s an old, warn out story about conquest, the struggle to survive, and unspeakable hardships. Like so many of these stories go, in the end there was one victor and one who was defeated and demoralized. 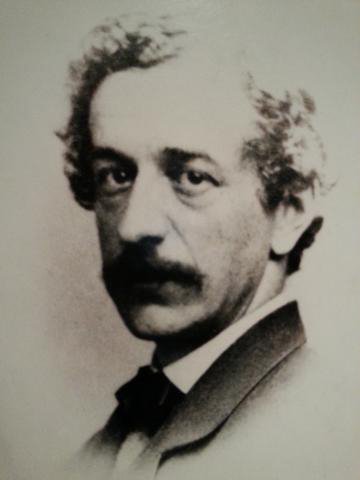 Several thousand years before McCormick it is written in Genesis chapter 14 that an alliance of 4 kings seized Sodom and Gomorrah, taking all the food, and Abram’s nephew Lot and all his possessions. Abram retaliated, defeating the 4 kings and took back his nephew, the stolen goods, and others who had been captured by the 4 kings.

The King of Sodom, who had escaped the invasion of the 4 kings, then came to Abram and wanted to make deal with him. He asked Abram to give back the people of Sodom, but Abram could keep the goods. Abram would have nothing of it. He didn’t want the people nor the goods except what was due his men. He wouldn’t give anyone a reason to say that the King of Sodom made Abram rich. Instead, he restated his oath and dependence on God to provide for and enrich the faithful.

It is from this story that Richard McCormick derived the motto of Arizona in 1863: “Ditas Deus”. It’s a Latin phrase that means “God enriches”, with the underlying assumption that no one else enriches us – only God. One can see the motto on the Great Seal of the State of Arizona. 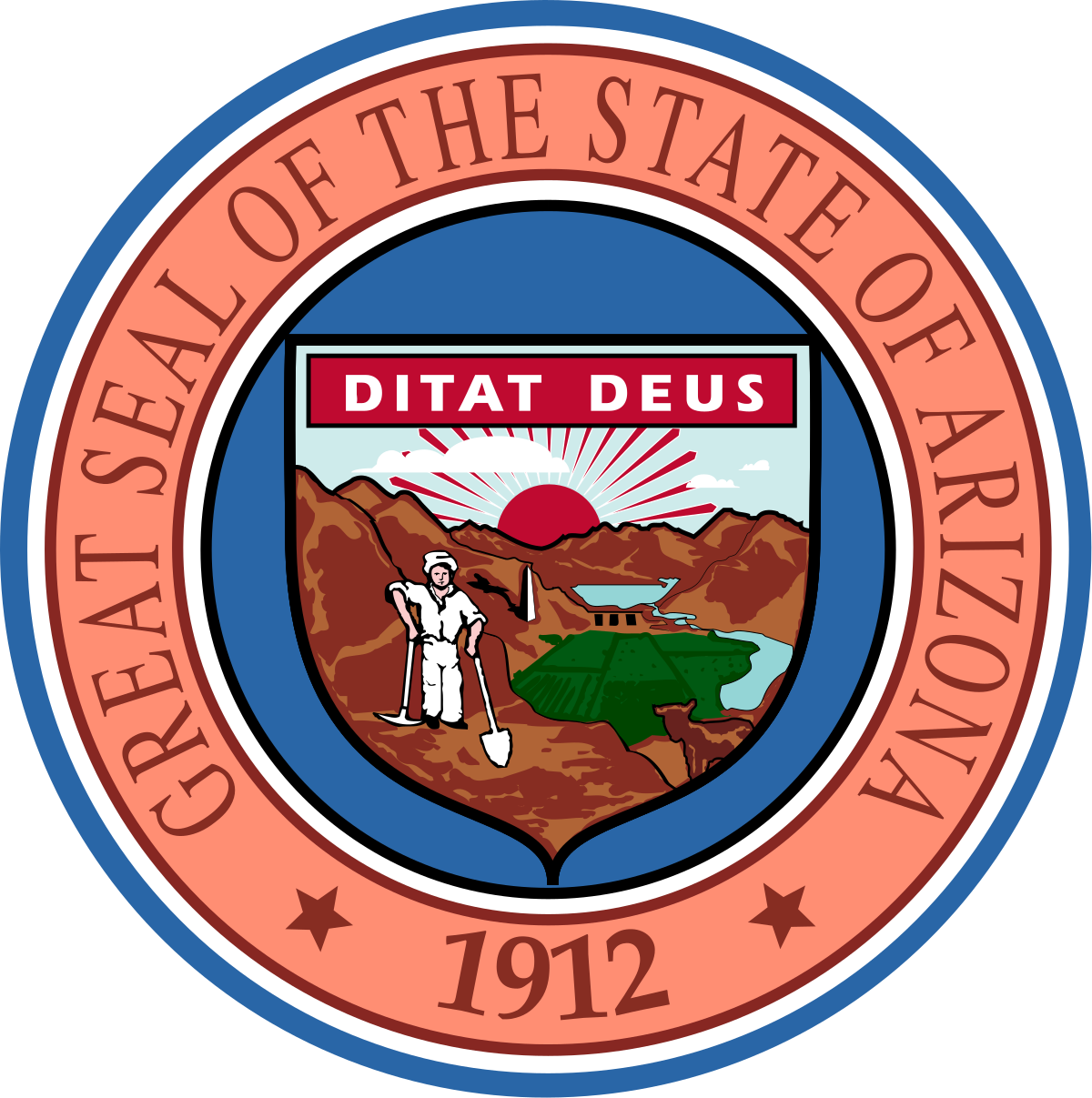 As I read the story of how the motto came to be, I didn’t immediately understand how that story had anything to do with the story of Arizona.

The native tribes who were first on the land did not gain it back after it was taken from them, nor did they try to strike a deal with a hero who successfully defeated the invaders. The invaders were the victors; there was no hero to gain it back for the tribes. Although the Apache, Geronimo, and other great warriors tried, in the end they lost their land forever. Geronimo, in 1886, surrendered to General Miles near the New Mexico / Mexico border, becoming the last Native America warrior to formally give in to U.S. Forces. The Apache didn’t even have a strong enough position to negotiate a reservation on their native soil, even after many years of captivity. Instead, they were exiled to Florida, Alabama, and eventually to Oklahoma where Geronimo was buried in 1909 as a farmer and merchant, selling photos and autographed items of himself. 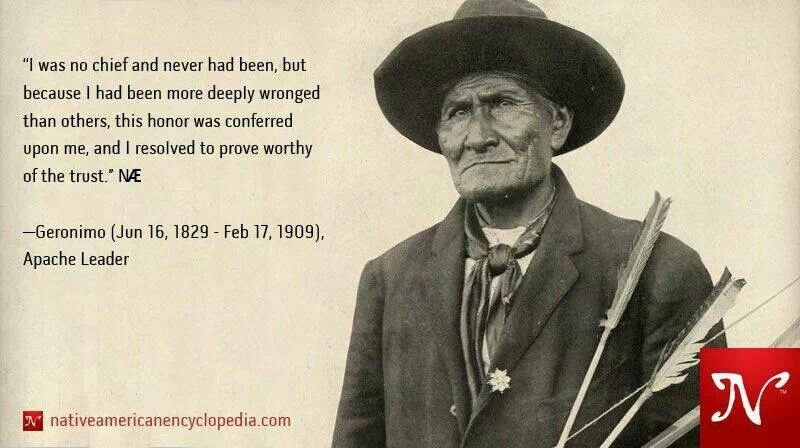 The biblical story of the motto and the historical story of how Arizona came to be are obviously not similar in any way. However, to give McCormick some credit, it would stand to reason that anyone with any sense of vision would not author a motto that suggests a brutal takeover is what should inspire a way of life.

So, why was this motto chosen? The history books don’t go much into it, except to offer a footnote about the tale from Genesis. But, I’ve spent some time in Arizona the past couple years, hiking the Arizona National Scenic Trail from the Mexican border and heading north, visiting Tucson and the surrounding area. As I gained a very intimate view of this land during my hikes, I began to see perhaps how this motto came to be chosen and adopted.

Consider that Arizona is nothing but unforgiving desert landscapes and challenging mountain terrain. Could it be that someone in the late 1800’s, void of nearly all modern conveniences, might acknowledge that without The Devine there will be no increase in value or creation of wealth here? And being that McCormick was of the Christian faith, he might believe that no one with any sense of connection to this place in such a time in history could reasonably suggest that any richness gained through this land could happen outside of the hands of the Creator. 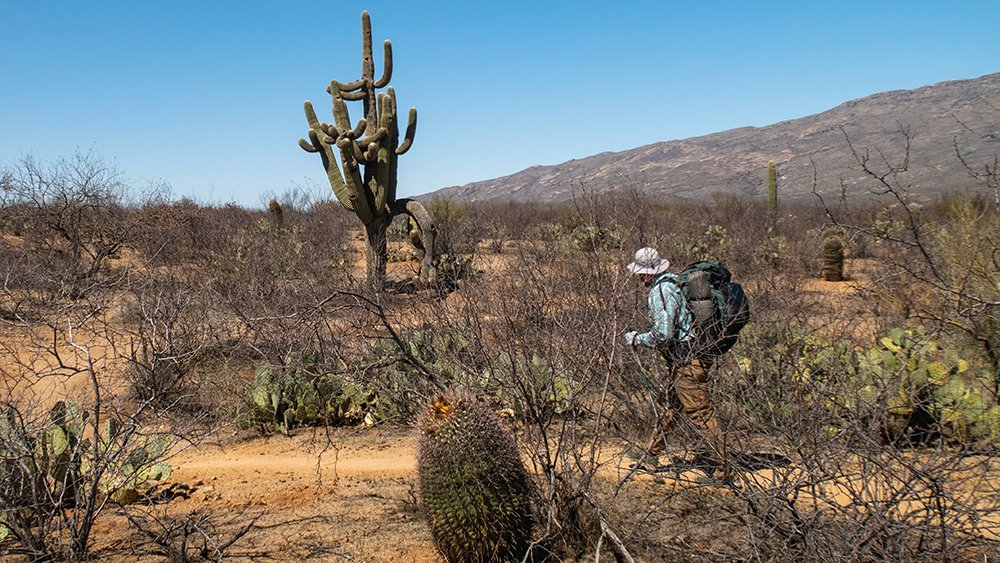 Even in today’s time, it’s challenging to survive in this place. Come walk among the fields of cactus. There are dozens of different varieties. Some of the more populous include the many kinds of cholla, barrel, and prickly pear. But the most astonishing is the saguaro, growing 30 feet tall with branches that are outstretched as in someone surrendering with their hands up. Many of them have lived through both world wars and may still be standing into the next century. And all around the cactus, covering the desert floor, are other shrubs and brush, like the ocotillo, agave, and yucca, all of which have thorns or other natural deterring qualities. 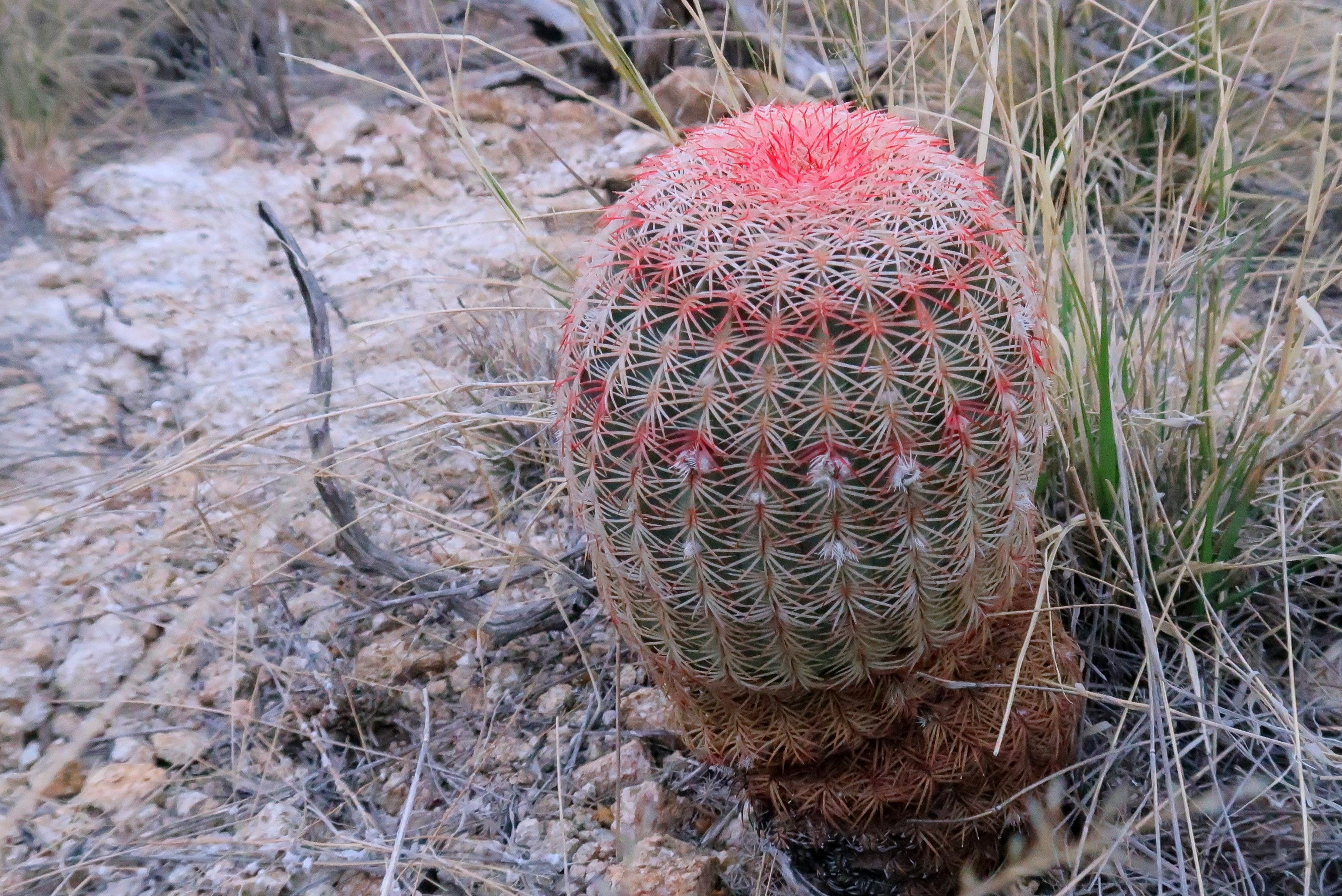 The venomous Gila Monster survives in this barren land by eating only a few times per year. This lizard is joined by no less than 22 different venomous snake species, 4 highly venomous spiders and a dozen more that are categorized as less venomous. And let’s not leave out the list of over 60 species of scorpions, of which the Bark Scorpion is the most venomous and lethal to humans.

One can escape most of these dangerous creatures by heading up into often snowcapped mountains, covered by towering pines and formidable rock formations. These mountain ranges are called Sky Islands because they quickly rise above the low desert floor up to nearly 11,000 feet. They have their own climate which is distinctly different from the “sea” below. 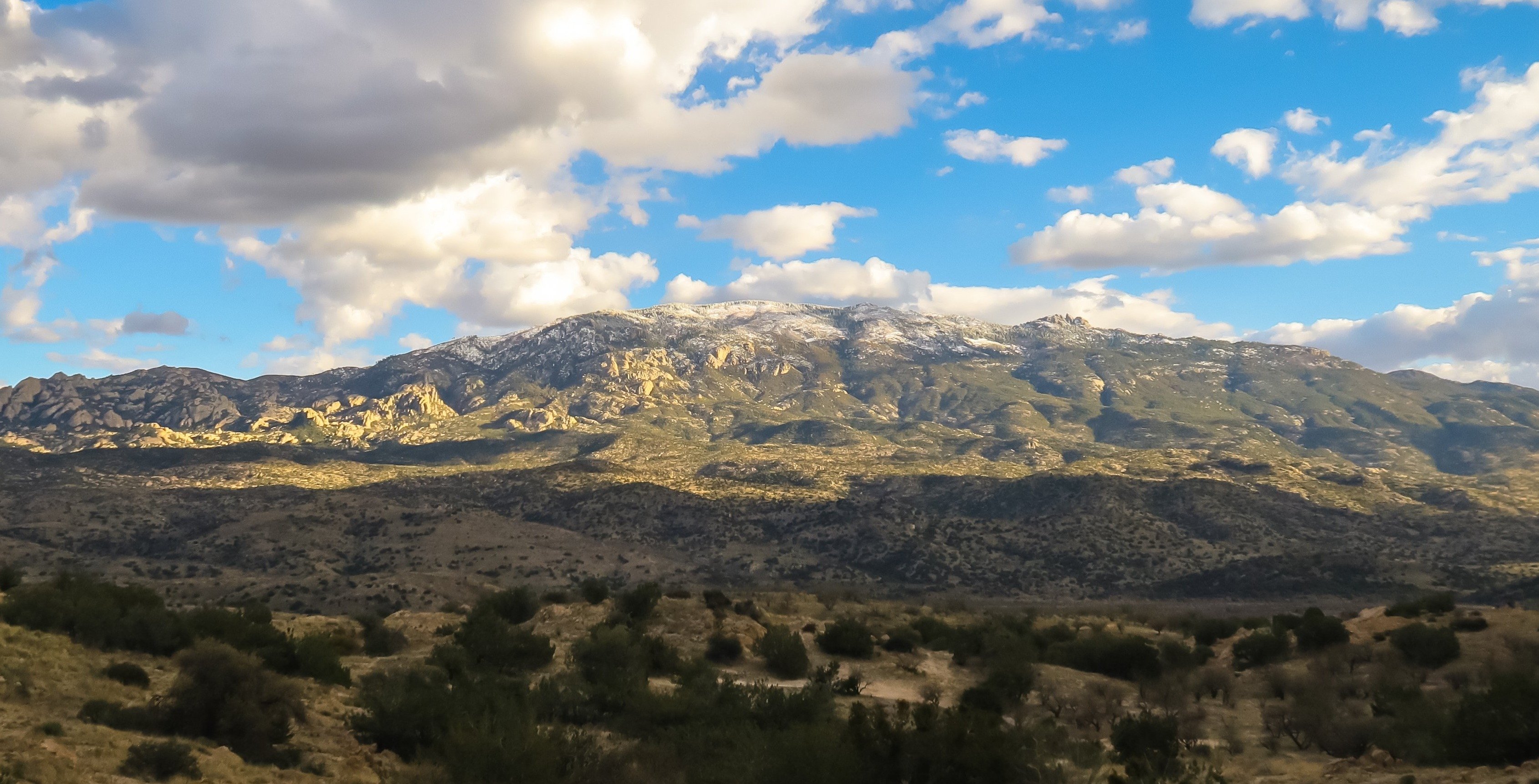 Dropping below the desert floor are deep canyons, some revealing secrets from the very beginning of life on earth. The most famous of these is the Grand Canyon, which is nearly 280 miles long, 18 miles wide, and more than a mile deep. But there are hundreds of others to explore.

Why would a person hike in such a place where only God could enrich? For many it’s really all about the motto. To be in such a place of wonder, harsh as it is at times, is simply astonishing. There’s no place on earth like it. To hike here is an opportunity to enrich the body, mind, and spirit. It offers us the headspace we need to clear out all the normal noise in our busy lives so that we can make room to be grateful for the riches we do have. To be thankful for the family and friends that surround us, for our livelihoods, for our health and general wellbeing, and for the mere privilege of being in a place such as this is what truly makes us rich. It is all a gift of nature, a gift from God. I know that I was enriched this way the last couple times I hiked Arizona and I know of many others who are as well. 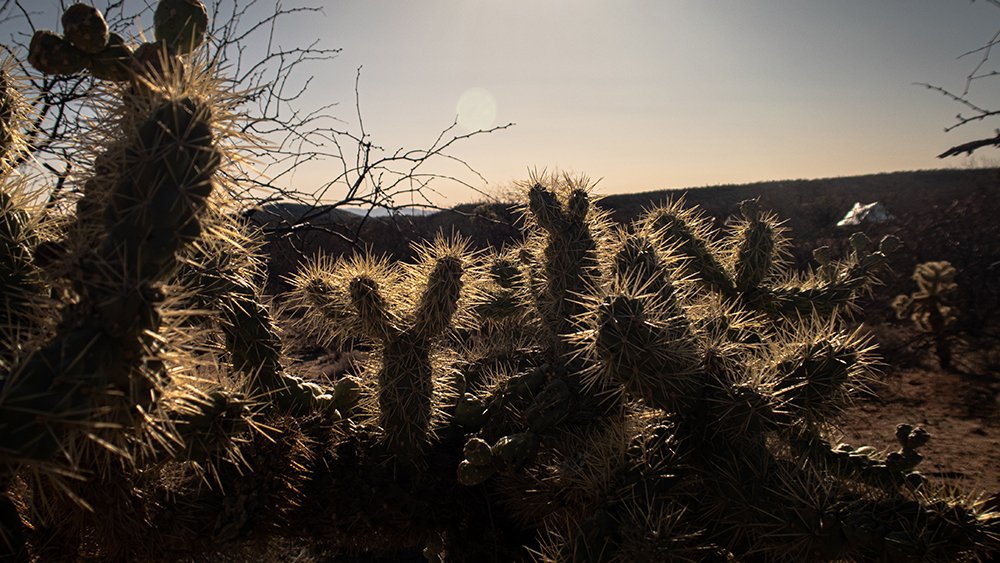 Although not so evident on McCormick Street, a survey of the land that surrounds the city or with just a few minutes hiking in the desert or on a sky island, it quickly becomes clear to anyone so inclined to believe that the only reasonable conclusion is that God is the only one doing the enriching here. The motto indeed seems most appropriate, even if it is void of the not-so-pleasant history that founded the state.