Happiness in Forth Place

Until recently, my life has been a game of stockpiling awards and acolytes. This is not uncommon. Most people I know can say the same thing.

We see it exposed in our resumes. We are judged according to our accomplishments as we compete for a new job or promotion. We work hard to pack our resumes with line items that will entice an employer to hire or promote us over someone else.

When we consider buying a book about a certain topic, we expect the author to be the expert in the topic and have credentials to back up the ideas presented. Those that have the greater experience and peer recognition hold greater authority over the topic than those who don’t.

When we go to the ballot box to vote on a candidate, we want the most qualified person to win. The candidate that has been the most impactful in their achievements has greater credibility. We judge them to be more likely to achieve greater things. Experience matters because we honor achievements.

Those who finish forth in any Olympic event never take the podium or show off a metal. We honor only those who are among the top three. That’s it.

And so, this idea of wanting to earn the highest awards isn’t a bad thing. It should draw out the best in us, so we are in the best position to provide for our families and teach our children that they receive what they earn. We uphold the basic tenant that the best should be recognized and rewarded. This is the ideal that fuels innovation, creates leaders, and drives us to be our best in all we do. To do the opposite, rewarding those who are not the best as if they are, would result in the opposite. That is, less innovation, ineffective leaders, and an unmotivated population.

One could argue that this opposing idea is trending in American culture today. But I want to sidestep that discussion here. I want to instead talk about what really personally matters to us.

What if we don’t become the best at what we do? What if we are not even in the running to be the best? Should our lack of recognition or vacant wall of trophies translate into an unaccomplished life? Should we feel like we are less of a person because those who are more accomplished are receiving greater attention due of their higher achievements?

What first excited me about this hiking life was the prize of achieving something amazing. I could be among the few that climbed all 58 fourteen-thousand-foot peaks in Colorado. I could be a Triple-Crowner who hiked the three longest north-to-south trails in the U.S. I could be the person who could hike over 20 or maybe 40 miles per day. I could be in the group that hikes 10 miles before 10 o’clock in the morning every day for weeks and months on end. I could be among those who are recognized in the hiking community as someone who did something epic that few people have done.

Years ago, I set out bagging fourteen-thousand-foot peaks in Colorado as fast as I could. The bigger the number, the more accomplished I felt and the more acknowledgment and recognition I received. It was a great feeling. That is until I wasn’t increasing my numbers as fast as everyone else in my circle. I wasn’t taking bigger risks by climbing class 4 and 5 routes. In the minds of my contemporaries, I was becoming less than others who were doing more. My credentials were shrinking. The rejection was palatable. But, I have summitted 30 different 14er peaks. When I set out to hike the 500-mile Colorado Trail, I finished in 40 days. Many who started at the same time or after me finished before I did. Some finished in half the time. I completed according to my personal plan, but it was an average time among those who hike this trail.

Did I fail at any of these things? What did I achieve if I wasn’t the best? Does it matter? Should anyone else care or assign meaning to it all?

There is an undercurrent in this adventure community. It’s competitive. Like in any competitive arena, the race to the top is intense and can be heartbreaking for everyone except the person who wins.

I say “can be” because I think this is an important distinction and the point of this writing.

A young idealistic photojournalist by the name of Dan Eldon, who died while covering the violence in Mogadishu in 1993, is credited with the lasting phase: “The Journey Is the Destination”.

Following this idea, what if we took every moment of our journey through whatever we do in our life and made the best of it? What if we could find happiness in all of our fourth-place accomplishments? What if we received no shame from others in doing what we do simply because what we do brings joy to our life? What if we celebrated the winner but also gave honor to everyone in the race?

I’m not talking about giving a trophy to everyone. I’m talking about not shaming the loser. I’m talking about recognizing that not everyone believes that first place is the ultimate prize. Maybe some people just enjoy what they do, and that’s their reward. In fact, finding joy in our life might, in the end, turn out to our highest reward, regardless of any recognition we might receive from others.

We should preserve a special honor for those who achieve the most. But for those who don’t, our applause for them should not be one of pity, but rather of recognition that their journey has value.

I decided to not set a goal to become a 14er finisher. This doesn’t mean I won’t finish. It only means that I will enjoy each trail and summit attempt for all the good it brings me. Should I finish, that last climb will be only one of 58 equally significant and meaningful stories. 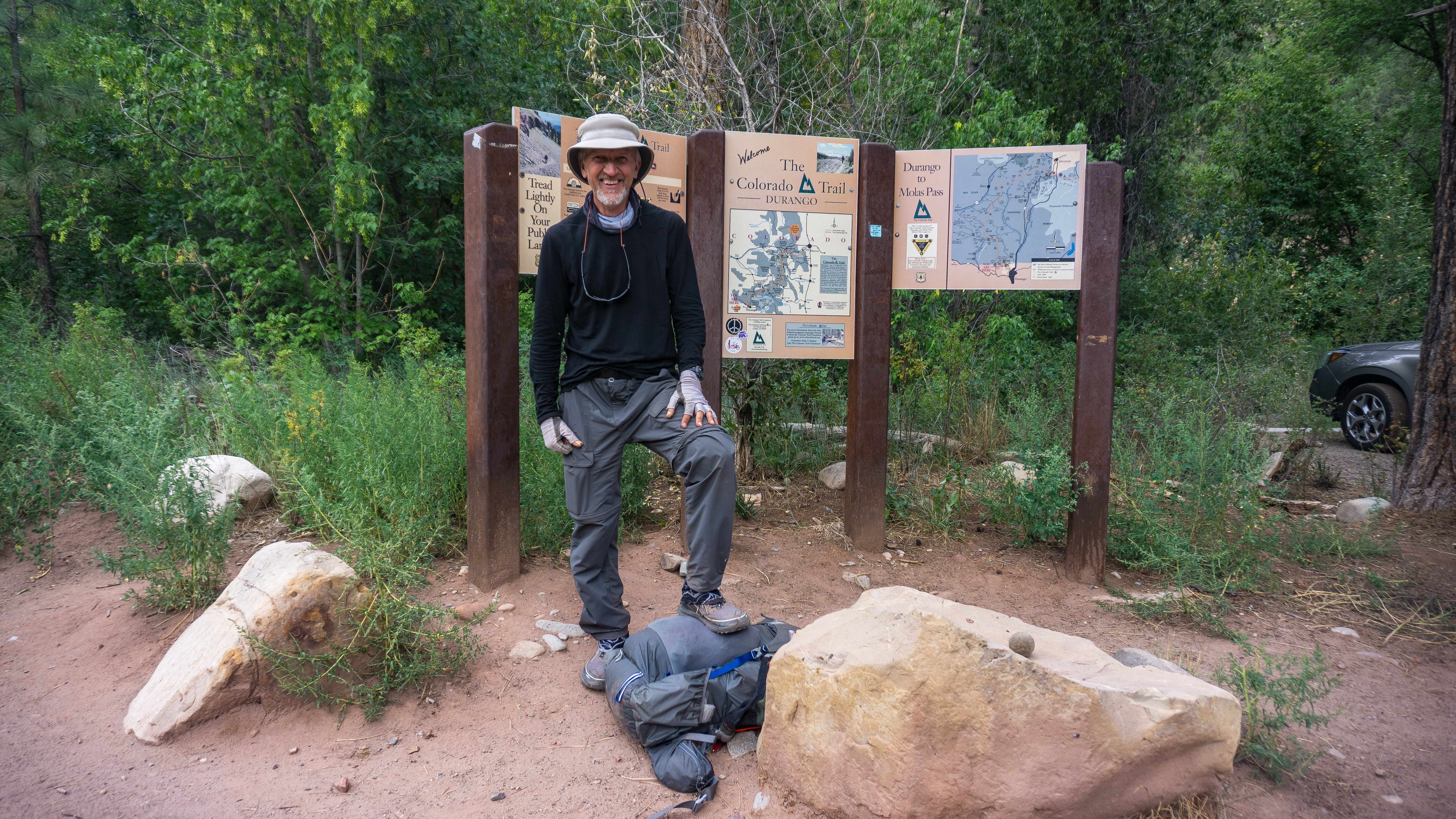 I set my own schedule for hiking the Colorado Trail. It remains one of the most cherished accomplishments in my life, even with an average finish, even if no one noticed.

I may not finish hiking the Arizona Trail. But I have unforgettable memories of that trail and the people I met there. I may go back for more. I may even finish. But finishing, for me, isn’t the most meaningful part.

The top for each of us is different. To finish first or with the fastest time might be what matters most to you. However, it may simply be the satisfaction that you gave it our best effort. It may be that you set out on the journey for the sheer enjoyment of each moment. You may not take home the gold, but no one can experience your journey except you. No matter the ending, you own it; you earned it; you won it. So be you. Be your best. Set your own goals. Find your own satisfaction. Live your life in a way that honors you.

As for this game of stockpiling resume fodder, I suppose I’ll keep playing for as long as I care to have a job or be promoted. But as for the rest of what matters to me, I have chosen to put aside the idea that I need to win what is valued by someone else. My last breath won’t be about an award on my wall, it will be about the joy I’ve lived along the way.